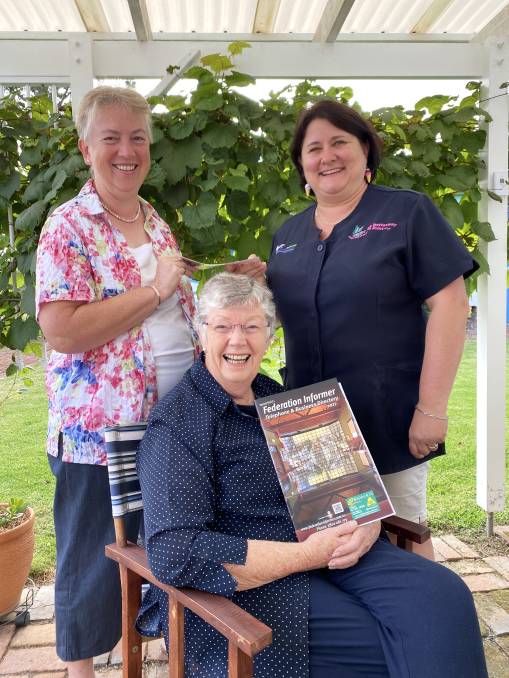 The Federation Informer, the local phone directory which is replacing the iconic Quota Calling phone book which became Tenterfield Calling, will be landing free in letter boxes next week.

The Federation Informer now joins the stable of the Celtic Informer and Granite Belt Informer after Stanthorpe-based business A Better Way to Print took over production duties from the Tenterfield Eisteddfod committee.

In return an annual donation is being made to the committee, to support its efforts in mounting the biennial event, next happening later this year in September.

She said the phone book still boasts the same easy-to-read print as before, with lots of new features. It’s full colour throughout, there’s comprehensive business and community sections, and maps showing food and dining locations and other places of interest.

Tenterfield Shire Council has its own feature page and there’s a waste and recycling collection calendar, as well as a year-at-a-glance calendar.

There’s also an A-Z listing of residential and business postal, street, email and web addresses, as well as their phone numbers.

Mrs McCosker said now that there’s a family of Informers covering the Granite Belt, Tenterfield and Glen Innes, it’s a great opportunity for each community to reciprocate and advocate with one another.

Australia Post will be delivering 4500 copies of the Federation Informer annually to all its boxes and delivery points.

Mrs McCosker also hopes to have copies available at real estate agents (for new residents) and in all motel rooms (for visitors).

An electronic version of the book will be available at www.federationinformer.com.au.

“Despite our efforts to update and discover up-to-date information, we realise there may be anomalies and rely on residents of Tenterfield to submit this to us by completing the information coupons at the back of the book,” Mrs McCosker said.

“We hope the Federation Informer becomes an asset to the Tenterfield community and continues for many years to come.”

Written & Published by The Tenterfield Star